NCSA SAAVE members were at one rally location and we got the final words in the video!

And from our very own UNCSA, here is another video about politics and economics. You can find it on the official Freakonomics blog or at YouTube below!!!! 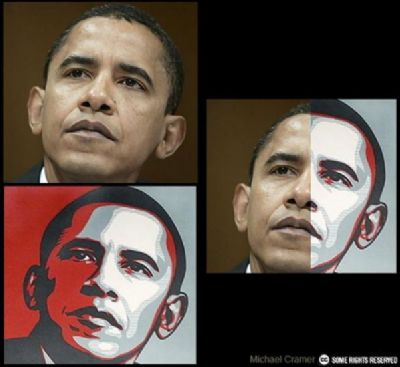 Monday Shepard Fairey's attorneys--the Stanford's Fair Use Project and a San Francisco law firm--wasted no time, filing suit against the Associated Press over the artitst's re-purposing of a photograph taken by Mannie Garcia while on assignment for the news agency.Garcia has said:

I would see the artwork, I would photograph it, and think what is with this image? But it didn’t snap. It never occurred to me it was my picture. I thought, ‘that’s familiar.’ ...

TheSan Jose Mercury New reportsthat Garcia says he never signed an explicit photography contract with the AP and that they hired him for just one month. He adds:

I feel very proud that I made the photograph. I never would have imagined that it became what it is, and it's pretty cool. The AP is being very aggressive with Fairey, and I don't want to be a part of that. My last conversation with the AP was that I own the copyright, and that's what I'm maintaining.

Last week the Associated Press issued a statement saying they had

determined that the photograph used in the poster is an AP photo and that its use required permission.

The news agency sought credit and compensation (duh) for the use of the image. Hundreds of thousands of the "Hope" version were given away for free by Fairey's studio as part of grassroots campaigning, while other versions became official Presidential Inaugural Committee merchandise and fine art prints. A different version of Fairey's image was used on the cover of TIME magazine and a large print hangs in the National Gallery. Fairey received a thank you letter from Barack Obama during the campaign.
Fairey's suit

seeks a declaration stating that Fairey's artwork does not infringe any copyrights and is protected by the Fair Use Doctrine.

Additionallythe suit saysthe artist transformed the photograph into a

Anthony Falzone, executive director of the Fair Use Project at Stanford and the lead of Fairey'slegal team said:

There should be no doubt about the legality of Fairey's work. He used the photograph for a purpose entirely different than the original, and transformed it dramatically.

Monday Paul Colford, a spokesman for the Associated Presssaid in an emailed statement:

The photograph used in the poster is an AP photo, and its use required permission from AP. AP believes it is crucial to protect photographers, who are creators and artists. Their work should not be misappropriated by others.

Colford saidthat the agency was

disappointed by the surprise filing by Shepard Fairey and his company and by Mr. Fairey’s failure to recognize the rights of photographers in their works.

According to the complaint, the AP threatened to sue Fairey by tomorrow. The Associated Press'Colford says that

The Associated Press was in the middle of settlement discussions with Mr. Fairey’s attorney last week in order to resolve this amicably and made it clear that a settlement would benefit the AP Emergency Relief Fund, a charitable fund that supports AP journalists around the world who suffer personal loss from natural disasters and conflicts.

Sounds like the AP were using the charity card to make Fairey pay up, but the artist--who was arrested last weekend outside his opening Boston at the Institute for Contemporary Art on two outstanding warrants for counts of damage to property--appears to have seen the larger artistic issues at play. 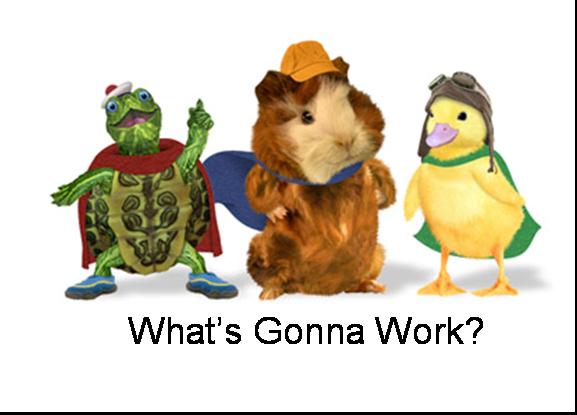 Hey, folks, you can go to the discussion forum and join in a discussion on national-hyphenation. Check it out!
You've got to see this.

Can one dance bring the world together?

AP students only. Click here to get to your AP test review sheet.

Non AP students only. Click here to get to your Political Process Project.

Here's a great article about the victory of Proposition 8 in California.

Here's a link to the pro and con arguments for California's Prop 8 Amendment.

Just in time for the election, votes are being stolen across America. Here's a web site with a comic book and a video, and an article about it.

Here are the 2008 legal limits on campaign contributions.


OMG! I just learned about the amazing StudentCam competition (with a $5000 prize). All you have to do is make a movie where you tell the next president what they need to do. I know you guys could win this thing.

Yo! Yo! We now have a copy of The Braindead Megaphone, the Movie. Check it.

Check out the human beat box, yo!

There are two amazing student made videos at the bottom of this page!

We have polls now! And I've created a google calendar for this class. I love widgets! Join the fun!!!!

Some students asked for a link to the Rolling Stone article about Ohio and the 2004 election.


Blake Ferguson in my 10:15 class made an incredible video for his democracy rocks project. Here it is. Warning: this video includes graphic and disturbing imagery.

I found this section quoted from a 1991 Tonight Show. It's hilarious. -Trina
source: http://www.frivolity.com/teatime/Songs_and_Poems/democracy.html

A tribute from Johnny Carson to all the Soviet republics seeking freedom ("The Battle Hymn of the Republic" playing softly in the background).

"What Democracy Means to Me"
by Johnny Carson
To me, democracy means placing trust in the little guy, giving the fruits of nationhood to those who built the nation. Democracy means anyone can grow up to be president, and anyone who doesn't grow up can be vice president.

Democracy means freedom of sexual choice between any two consenting adults; Utopia means freedom of choice between three or more consenting adults. But I digress. Democracy is welcoming people from other lands, and giving them something to hold onto--usually a mop or a leaf blower. It means that with proper timing and scrupulous bookkeeping, anyone can die owing the government a huge amount of money.

Democracy means a thriving heartland with rolling fields of Alfalfa, Buckwheat, Spanky, and Wheezer. Democracy means our elected officials bow to the will of the people, but more often they bow to the big butts of campaign contributors.

Democracy is being able to pick up the phone and, within a minute, be talking to anyone in the country, and, within two minutes, be interrupted by call waiting.

Democracy means no taxation without representation, and god knows, we've just about had the hell represented out of us. It means the freedom to bear arms so you can blow the "o" out of any rural stop sign you want.

And finally, democracy is the eagle on the back of a dollar bill, with 13 arrows in one claw, 13 leaves on a branch, 13 tail feathers, and 13 stars over its head--this signifies that when the white man came to this country, it was bad luck for the Indians, bad luck for the trees, bad luck for the wildlife, and lights out for the American eagle.