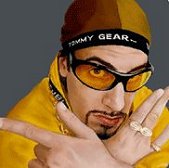 Answer the following questions
1. What clause of the constitution has the Congress used to regulate discrimination?
2. What were some ways that whites subordinated Black political power after the civil war?
3. What laws did Congress pass to regulate discrimination?
4. Describe some Supreme Court rulings that help expand the rights of those accused of crimes:
5. Can laws change opinion and behavior?
6. Discuss the difference between equality of opportunity and equality of results.
7. In what way does the Constitution regulate equality?
8. Evaluate the legality of affirmative action y explaining recent Supreme Court rulings regarding affirmative action.
9. What exceptions are there to the general rule against warrantless searches?
10. Explain how the federal government has expanded power regarding civil rights throughout the 20th century.

Free Response Questions
1. Describe and analyze the expanding roll of the government in combating discrimination and expanding economic equality.


2. Describe & analyze how the Constitution protects our property & privacy rights.


3. Identify three Supreme Court cases and explain how they have expanded privacy rights.


4. Describe and analyze the expanding roll of the government in combating discrimination and expanding economic equality.


5. Describe the state of our Fourth Amendment rights since 9/11.