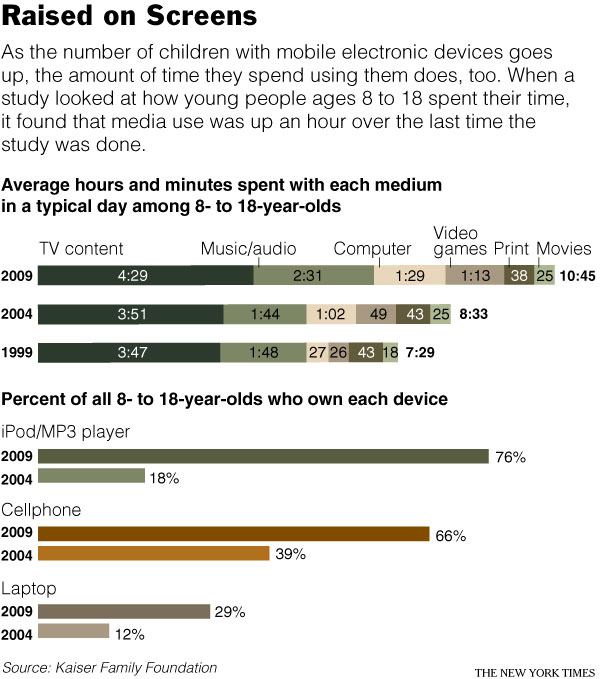 A new 2010 Kaiser Family Foundation study has found a dramatic increase in media usage by American youth.
Among its findings:

The average young American now spends practically every waking minute — except for the time in school — using a smart phone, computer, television or other electronic device.

Those ages 8 to 18 spend more than seven and a half hours a day with such devices, compared with less than six and a half hours five years ago, when the study was last conducted. And that does not count the hour and a half that youths spend texting, or the half-hour they talk on their cellphones.

• The average American home has a TV on for 7 hours a day.

• 98% of American homes have TVs (more than have flush toilets)• By the time they graduate high school the average child has spent more time in front of the TV than in class.

• We live in a media state. In a year the average full time worker puts in
• Advertising is a $100 billion a year industry in the US

• $1 million per hour is spent in the US on cosmetics

• Americans spend over $40 billion on cosmetics every year

• 92% of all kids play video games. Over half play alone.