Poverty is "The state of poverty is, according to the United Nations, “the total absence of opportunities, accompanied by high levels of undernourishment, hunger, illiteracy,lack of education, physical and mental ailments, emotional and social instability, unhappiness, sorrow and hopelessnessfor the future”. - United Nations

Poverty facts
A person dies of hunger about every 3 seconds = 24,000 a day
2 billion people have no electricity
750 million people are undernourished
Half the world lives on less than $2/day
1 billion people live on less than $1/day
48 poorest countries = .4% of all world exports
1.3 billion have no clean water
3 billion have no access to clean sanitation
120 Developing nations have 3/4 of world’s population, 1/20 of the world’s wealth
Urbanization is growing in the developing world
Environmental degradation is growing 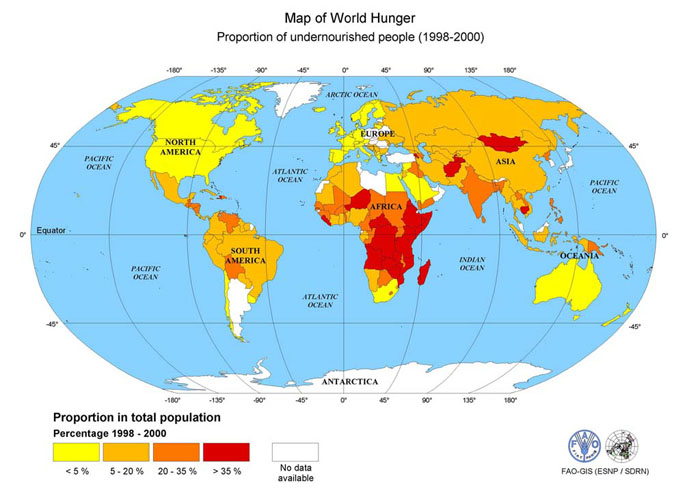